Let’s place citizens at the centre of Europe

The Conference on the Future of Europe placed citizens at the centre of reform in the European Union. This should be a concrete and tangible outcome of the Conference. A Statement by Members of the European Parliament

The Conference on the Future of Europe placed citizens at the centre of reform in the European Union. This should be a concrete and tangible outcome of the Conference. Let us democratise our Union by putting citizens’ participation at the core of European decision making, writes a group of ten MEPs on March 11th . (The full list of signatories can be found at the bottom.)

The Conference offers the opportunity to deliver on a long overdue promise to the citizens of Europe – a stronger association of the European demos to the European project.

At the moment of its creation in the 1950s, the European Community was a rather technocratic enterprise. It was a project of nation-states, statesmen and politicians that looked for a way out from two global conflicts. It was not designed with a built-in component of European demos’ direct participation, until the first popular election to the European Parliament in 1979.

The history of the European Union is, in a way, a history of democratisation of this project of peace:

In order to complete this process of democratisation, we should complement a stronger representative democracy with new means of participatory democracy. We should open the doors of the Union’s institutions even more, reinforce existing mechanisms of participation, create new ones, and raise awareness about them.

The momentum is in our favour. The Conference on the Future of Europe showed us so far that Europeans strongly support a process of democratisation of the Union, other than the Europeanisation of national public debates.

They want a bigger say in European elections by introducing transnational lists and by increasing the role of the European Parliament in the decision-making process. Most importantly, they strongly ask for direct and permanent participation in the EU’s decision-making in five clear recommendations voted in Florence in December.

We must live up to the engagements we embedded in the Charter of the Conference.

This is why we are proposing a mechanism of structured consultations with citizens, to continue the unprecedented process started on the 9th of May 2021.

The implementation of such a mechanism would not be lengthy and cumbersome, as it would only require the reform of current initiatives.

It could play a relevant role in bringing citizens into some of the most important policy-planning processes of the EU: the establishment of the European Commission Annual Working Programme and the State of the Union address, as well as the Political Guidelines of the Commission’s president.

How would such a mechanism work?

In the first months of each year, citizens from all corners of Europe would gather in Annual Thematic Agoras held using the model of the European Citizens’ Panels.

The selection of the citizens would be made randomly, with a focus on young Europeans, as was the case during the Conference on the Future of Europe. The citizens present in the Thematic Agoras would discuss the priorities of the EU for the following year.

After deciding on several priorities, they would also appoint representatives in charge of participating in a European Agora, taking place on an annual basis on 9 May.

These representatives would eventually devise a series of recommendations to be addressed directly to the Parliament, Council, and to the European Commission. In particular, the Commission should duly take into account these recommendations when drafting its Annual Work Programme to be presented during the State of the Union speech.

In addition, every five years, during the European Parliament mid-term, this annual process would be scaled up to discuss priorities for the next five years, priorities which would feed into the political guidelines of the Commission’s president.

The debates in Thematic Agoras and the European Agora would be extended for a whole year and citizens would have the chance to focus on the medium-term decision-making of the EU.

This is how we can closely associate participative democracy to a very clear outcome and pro-actively involve citizens in the EU’s decision-making process. Furthermore, this is a way to place citizens at the very heart of Europe on Europe Day, 9 May.

The implementation of such a mechanism would be easy and seamless.

Furthermore, the current budget already allocates funds that could be used to organise the Thematic and European Agoras. In 2019, more than one million euros was spent by the European Commission on the Citizens’ Dialogues, which could be upgraded into a more structured mechanism of citizens’ participation.

Citizens call for a stronger and more meaningful involvement, and we should positively respond to their request.

This opinion piece witnesses that its signatories have a strong political commitment and clear vision on how to achieve this goal. Therefore, we call on other MEPs, on the Council and on the Commission to join us in supporting this mechanism of direct democracy. This is the way to deliver on the promises we made in the context of the Conference on the Future of Europe. Let’s put citizens at the centre of the Union of tomorrow. 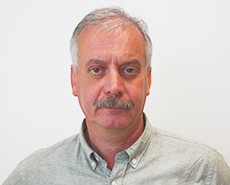